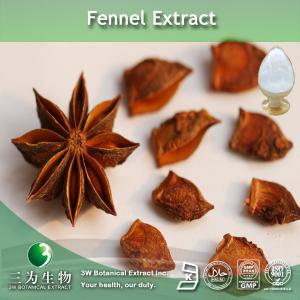 Anise extract is in fact a tincture of anise or star anise, which are two totally different plants, but with similar flavors and fragrances.

Anise (Pimpinella anisum) is a perennial herb that grows up to 1 meter tall, with feathery-like leaves, small white flowers and seed-like fruits of a green-brownish color. The seeds are the most commonly used part of the anise plant.

Star anise (Illicium verum) is the eight-pointed star-shaped fruit of a Chinese evergreen tree. The seeds are similar to anise seeds both in appearance and in flavor, which is actually determined by the anethole compound present in both of them.

Anise extract is obtained through a process called absorption, in which anise or star anise essential oils are extracted by steeping the seeds in alcohol.

Anise has been a popular remedy here in North America for hundreds of years as carminative, a herb that relieves gas pains and bloating. Other traditional uses include colic, rheumatism, and the familiar licorice-flavor in cough drops. 3

The therapeutic powers of anise's phytochemicals, including creosol and alpapinene, are commonly used in herbal remedies to break up congestion, and ease coughing. Anise is an expectorant that is also antiseptic to the mucous membranes. This means that anise does double duty: it kill germs while clearing the lungs of congestion.1

Anise and the closely related fennel both contain anethol which has estrogenic properties. Both of these herbs have a folklore reputation as tonics for women who are nursing and want to increase milk production , or have menstrual problems like delayed or skimpy periods. 1

Anise extract is most commonly used in the kitchen in the preparation of various recipes, especially in baking cookies because it gives a distinctive flavor. You must have heard about the Italian Biscotti and pizelle, about the picarones from Peru or the German Pfeffernusse.

Apart from the culinary uses, anise extract can also be used in the liquor preparation. The German Jagermeister or the Greek ouzo contain anise extract that gives them a special taste.

Anise extract is also used by fishermen. They may add a few drops of extract in their liquid soaps in order to remove their human scent that can scare the fish. This way, they trick the fish and catch them more quickly than they generally do. Some fishermen add anise extract to the bait and argue that this helps them catch more fish.

Thank you! Your message has been sent to the following suppliers.